Thursday it is, or so they tell me. I am allergic to weekdays so I try to avoid them at all cost. There is something good about Thursday though. It is time for part two of Readful Things’ ongoing series about marketing your book. The very talented Harry Steinman has once more agreed to share his experiences with us (and his mistakes.) One of the things that makes this so exciting for me, is that Harry is honest, and not afraid to be who he is.

I was recently speaking to a woman I met in a book store, and she told me that she had also written a book. When I asked her how it was going, she kind of smirked and looked down. She then confessed that she wasn’t sure how to feel. She self published, and at first she was thrilled to have a copy of her work in her hands. Then doubt set in.

Although her husband was nothing but supportive, some friends and other members of her family told her that self publishing wasn’t the same as “really being published” and she wasn’t able to call herself an author until she had been picked up by a publishing house. The things these people said to her changed her own outlook on what success meant, and by the end of our conversation she made it clear that: A) She was not going to try and market her work because it was pointless B) She had now ruined her chances of ever getting a “real” publisher to look at the book since it had already been self published.

I will spare you the details of my thoughts on this matter. That is another rant for another day. What I will say, is that this is exactly what I mean about loving Harry’s honesty. Is he ashamed that he didn’t publish with a big six? No. Is he afraid to be honest about how many copies he has moved? No. I’m not sure he is actually afraid of anything, and it is this type of fearless attitude that can make a huge difference between success or failure as an indie author. Without further Ado–Mr. Harry Steinman: 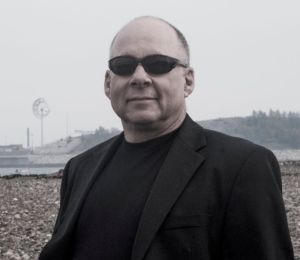 The First Rule In Self-Publishing

a Guy Who Did It Once

I wrote a damned good novel. Then I nearly killed it.

So, what’s the problem? I released Little Deadly Things to the reading public before I obeyed the First Rule.

The First Rule governs neither craft nor technique, neither editing nor proofing. The First Rule, it turns out, is one of marketing. It’s the backbone of successful publishing. The First Rule is, Know thy reader and communicate clearly to that reader.
It’s simple as gravity, as vital as a heartbeat.

When I was writing Little Deadly Things, I assumed my readers to be science fiction fans. My two-sentence description on Amazon reached out to that constituency, as did the back-cover copy. I spent two years perfecting a two-sentence description and honing the back cover copy.
Trouble is, I never bothered to research my audience. I climbed the ladder of success, only to find that I’d placed it against the wrong wall.

Here is the description that darned near crippled my efforts, that reached out to the wrong audience, hard-core science fiction buffs: “Nanotechnology made Eva Rozen the world’s wealthiest woman. Rage made her the deadliest.”

Great copy—for a sci-fi thriller. But not for the novel I wrote. In thirteen words—five seconds to read—I damned near torpedoed the book.

One influential reviewer said, “That’s a great blurb. Unfortunately Steinman takes far too long to get to it. Except for the intriguing first chapter, he spends the first half of the book on back story.” “This book was not what I had expected,” wrote one candid Amazon reviewer. Another said, “I was interested in the ‘science fictional reality’ the author created, but the psychotic character development took a long time to develop.”

If I’d followed The First Rule first, before publication, I’d have learned that the audience for LDT is readers who care deeply about character development and inner struggle. They can be persuaded to try a thriller. Those readers resuscitated Little Deadly Things.
An Amazon reviewer named Kelly wrote, “I wasn’t sure I would be interested in this book, but I have really enjoyed the writing, the descriptions and the characters.” Another said that she loved, “…how the characters were developed and their relationships teach each other.”

Ionia Martin, publisher of this blog, noted, “…I tend to avoid [futuristic stories] like the plague…[but] the simple human elements of emotional abuse, stress the characters felt and the decisions they were faced with kept me reading… ”
I changed the blurb. Now it reads, “When abusive parents raise brilliant children, you might get a saint. You might get a killer. Or you might get one of each. Little Deadly Things is the place where science meets the psyche, where humanity’s future is in the hands of a madwoman and the family that must stop her.”

This tells readers that there’s action, but that the book’s focus is on the internal struggles of the characters. And as of this writing, LDT has 91 Amazon reviews, and 79 of them are positive. I’ve managed to sell 3,565 copies so far. I cheated some early readers, sold ‘em on the misleading intro. They let me—and the rest of the world—know of their disappointment.

Lesson learned…the hard way. The easy way is to follow The First Rule before you publish. Know your reader and communicate clearly to that reader.

How do you determine who is your reader? I recommend asking beta readers. Here are some tips for the best results.

1. Don’t hand over your first draft—your book is still in its infancy. Let it percolate a bit first. Don’t wait till your final draft—you’ll need reader feedback before your final draft is polished.

2. You will need to ask about ten people to find one reliable beta reader. It’s a tough job to round up a good handful of readers. Most people you ask will be skeptical. Your friends will be reluctant; they don’t see you as a writer, and will be afraid to hurt your feelings. They’ll promise…and promise…and promise. Don’t take it personally.

3. Choose a few readers to represent what you believe to be your target audience. Then you can validate or refute your perceptions. Ask for candid feedback. Members of a reading group are a good bet. Trade manuscripts with writers in your genre. You can find them easily through social networks.

4. Choose readers you think are not your target audience to learn if there are other audiences for your book. You may discover that you need to communicate to two different kinds of readers.

5. Many beta readers are frustratingly vague, so follow up with specific questions. “What did you think was the overall message of the book?” “What if the main characters were your neighbors? Your sister? How would you get along?” “What kind of book do you usually read? Would you have picked up this one??”

Once you understand your reader, focus on a two- or three-sentence blurb. Don’t rush it! Mine took two years to write. Stay in the active voice. Contrasts are useful. In my final version, I contrasted “abusive parents” with “brilliant children”, “saint” with “killer”, and “richest” and “rage”. If you communicate successfully to the right reader and if you’ve written a damned good book, then you’re on your way to publishing success.

Next week, “The Writer’s Dirty Secret”—step-by-step directions on the beginning tasks in successful self-publishing.

Every purchase supports the Young Adult Writers Program at grubstreet.org

41 thoughts on “Marketing Your Book: Part Two with Harry Steinman”

“Compassionate toward oneself, we reconcile all inner, and the universe - from within.”

A girl travelling around the world on a motorcycle.